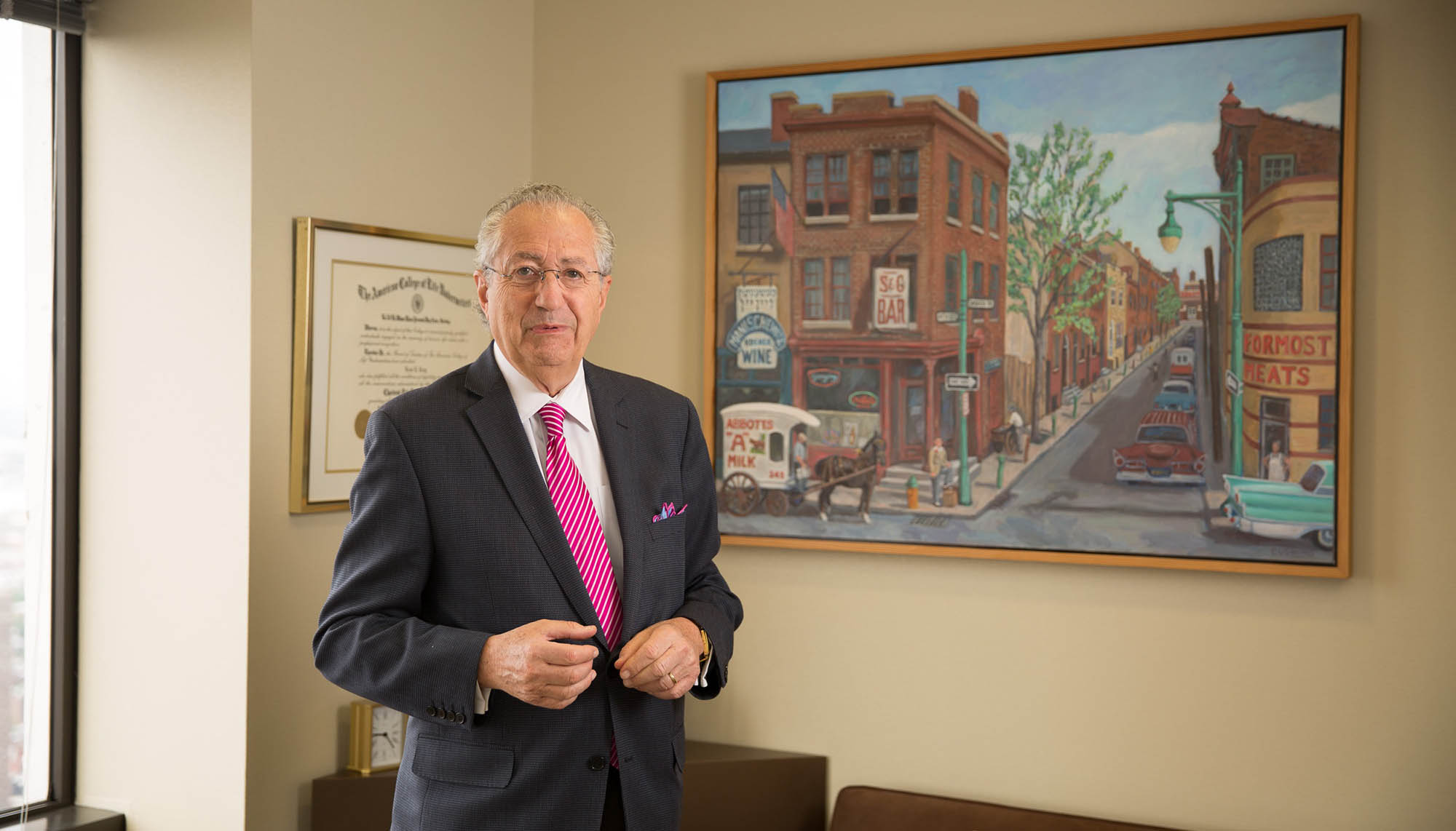 Gaskill Street is a narrow, tree-lined side street in south Philadelphia where Leon’s parents, Esther and Haim Levy, settled nearly 100 years ago after they arrived in America from Greece and Turkey, to pursue a better life in a new world. In a small row home along this crowded street of immigrants, they raised their youngest of four, Leon.

Times were hard for these new Americans in the 1920’s and 1930’s as they learned a new language and culture. Raising a family was challenging, jobs were scarce, and the country was going through economic turmoil.

During the day, children played stick ball in the street, and in the evening, neighbors sat out on their front steps and just talked. Though most people had little means to get by, hope was everywhere; it filled the street like the sweet smell of fresh bread in the early morning.

For Leon, it was through the adversity of life on Gaskill Street that he learned values that he brought with him when he opened the doors of Leon L. Levy and Associates in 1972. He began the firm with a simple mission - to help people plan for their most significant life events and to do so with a warm smile and sincere empathy.

On Gaskill Street, he learned that you did what you said you were going to do, you showed up on time, and you always said please and thank you. Showing that you cared about others, your neighbors and friends, filled every aspect of life.

We believe our philosophy of showing that we care lives on today at Leon L. Levy & Associates, which is the way it was then as it is today.